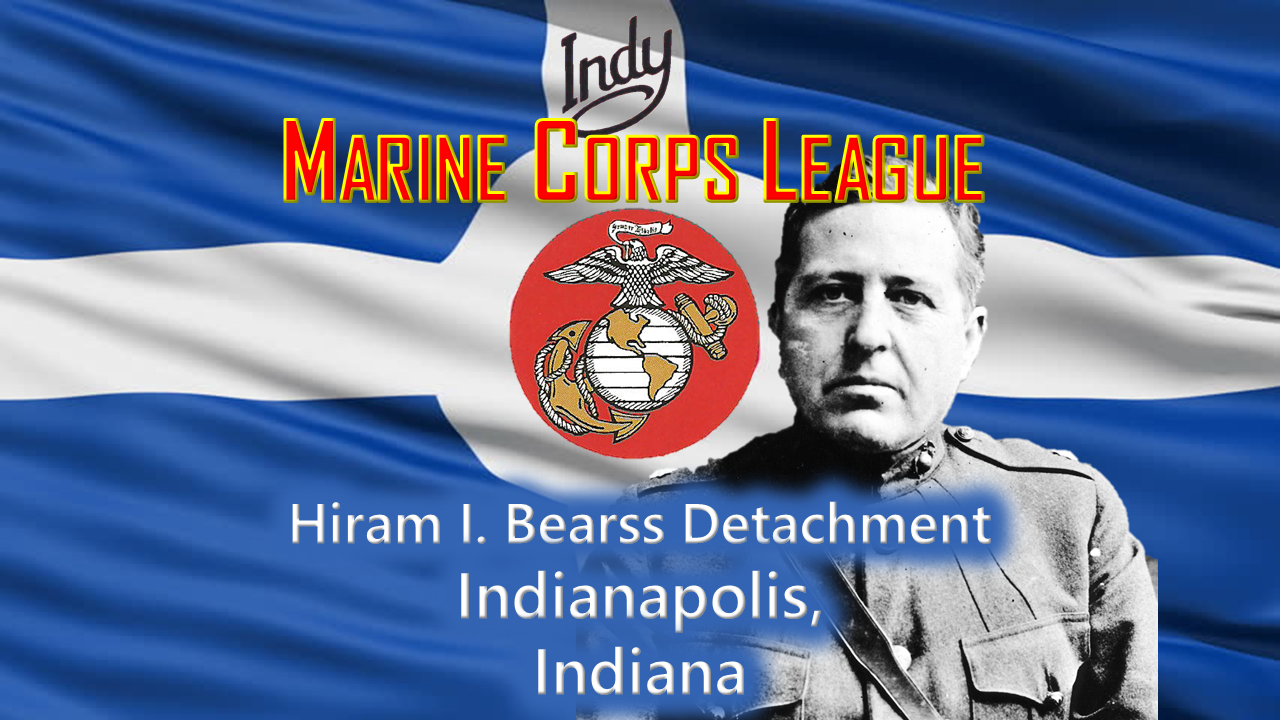 Marine Corps League Detachment #089 is named after the first U.S. Marine from Indiana to receive the MEDAL OF HONOR, BGen. Hiram I. Bearss.
The Marine Corps League has been serving Indianapolis since the 1920s. It takes great pride in crediting its founding in 1923 to World War I hero, then Major General Commandant John A. Lejeune. It takes equal pride in its Federal Charter, approved by An Act of the Seventy-Fifth Congress of the United States of America and signed and approved by President Franklin D. Roosevelt on August 4, 1937.

This first Indianapolis Detachment was known as the LEO LITZE DETACHMENT, named after a WWI Marine Hero, and held meetings above the OHIO THEATER. The LEO LITZE DETACHMENT served Indianapolis Marines for many years as a source of camaraderie and support for the widows and orphans of Marines. This service for and with Marines continued when the detachment was chartered again on 10 JUNE 1953 as the CAPITAL CITY DETACHMENT and served Marines in the Indianapolis area for almost twenty years when it closed in the early seventies. But the Esprit De Corps continued to be strong and the detachment was chartered anew in APRIL 1973 as the HIRAM I. BEARSS DETACHMENT and has been serving central Indiana Marines ever since.

The mission of the Marine Corps League is to promote the interest and preserve traditions of the United States Marine Corps; strengthen the fraternity of Marines and their families; serve Marines and FMF Navy Personnel who wear or who have worn the Eagle, Globe, and Anchor; and foster the ideals of Americanism and patriotic volunteerism.